Region:  Veneto
Quality Level in EU/Italian Wine Law:  Conegliano Valdobiadene DOCG, Asolo DOCG, Prosecco DOC
Established: The DOC and DOCGs were established in 2009.   Cartizze and Rive sub zones are allowed to place their name on the bottle and are superiore versions.

Characteristics:  The vast majority of Prosecco is drink now, early consumption and are light and fresh bubbles with flavors of buttercup, white peach, apple, melon and citrus.  Made in tanks, these wines have large bubbles and express simple fruit flavors.  This is an aperitif wine and are lightly aromatic.

Serve: Highly chilled
​
Years ago when all sparking was referred to as "Champagne", Prosecco was still the name of the grape grown in Northeast Italy and made into a unique and simple sparkling wine.  Now that France has won their battles and keep the champagne name where it belongs, Prosecco is now so popular to have a similar problem in creating their own identity among all other sparkling wines.

Prosecco has become a phenomenon going from a little known wine to exploding onto the local and international market.  Prosecco has surpassed Champagne in production and is not Italy's largest wine category and best known wines.

It is produced in three regions with two of them being DOCG of higher quality and the other being the extensive and quite variable DOC regions that covers most of Veneto and all of Friuli Venezia Giulia.  The wines are always varietal wines made from Glera as the name of the grape was changed from Prosecco to Glera.  There are no red grapes allowed in these wines and all blending partners are locally grown and approved white grapes.  The wines are almost always sparkling and while still versions are seen in Italy, there are seldom found internationally.

Most Prosecco is extra dry in sweetness but can be found in extra brut and brut or even a Demi-sec style. These wines are almost universally with the tank method.  The DOC rules of Prosecco DOC require the wines to be produced in tank while DOCG rules allow some traditional method styles.

Similar to Champagne, the Prosecco name is now protected and cannot be used outside of Italy with the exception of Australia.  They grow the glera grape under the old name and are fighting to use the Prosecco name on a limited basis.

Glera is also known as Serpina in the Colli Euganei area of the Veneto and was previously known as Prosecco prior to 2009.  DNA analysis shows the grape family to have two varieties - Glera Tondo and Glera Lungo with two biotypes - the Balbi and Cosmo biotypes under the Tondo varietal.   The variety is late ripening - the characteristic that lends it to the sparkling wine style.   Fermentation had a tendency to stop due to cold weather and the wines were left with CO2 and residual sugar.  Warm springs would allow fermentation to start again and the tank method was developed.  Technology and controls keep the process going these days with well defined and high quality outcomes.

Prosecco is very popular in the region around Venice and is a mixer in many of the famous drinks of the Veneto and Venice.  The Belini of Harry's bar blends peach juice with Prosecco while the world famous Spritz adds aperol and a fruit wedge. 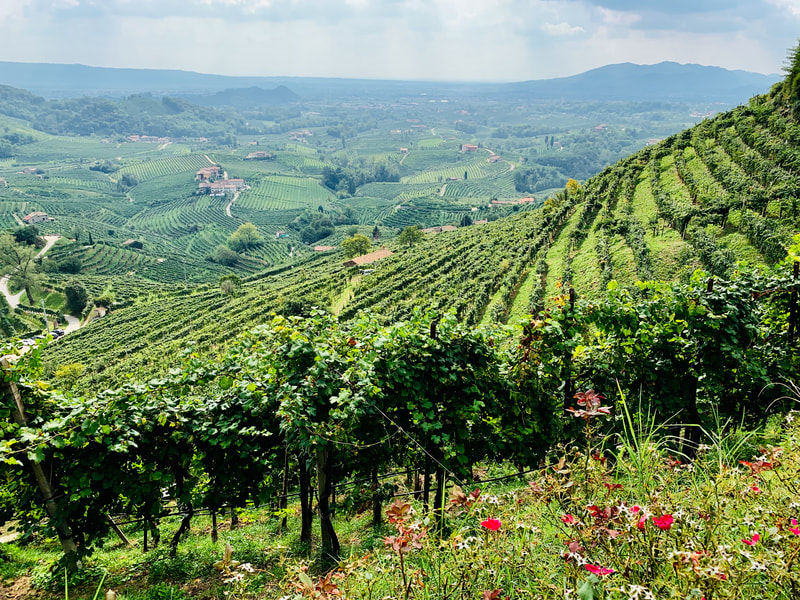 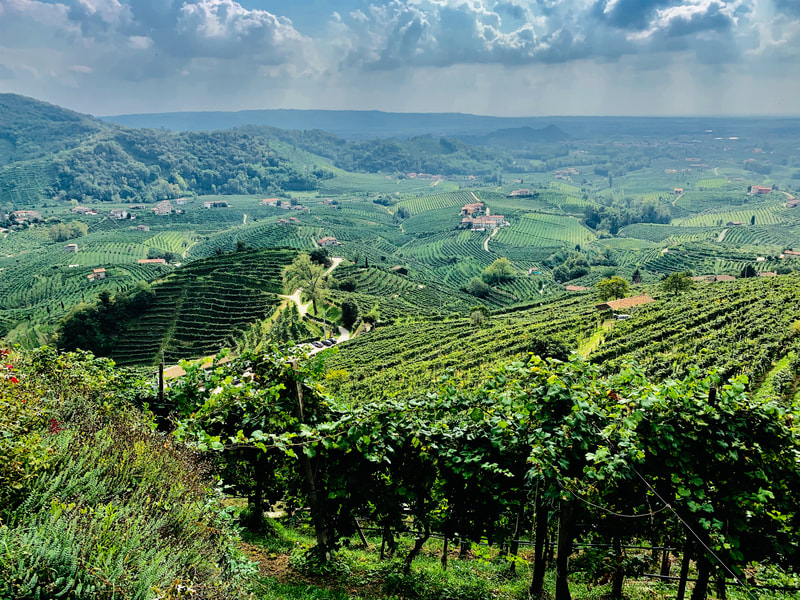 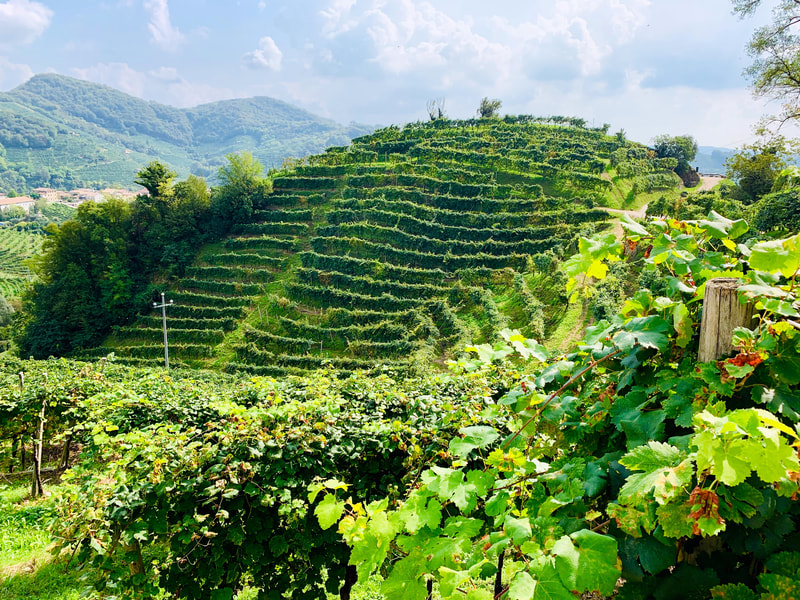 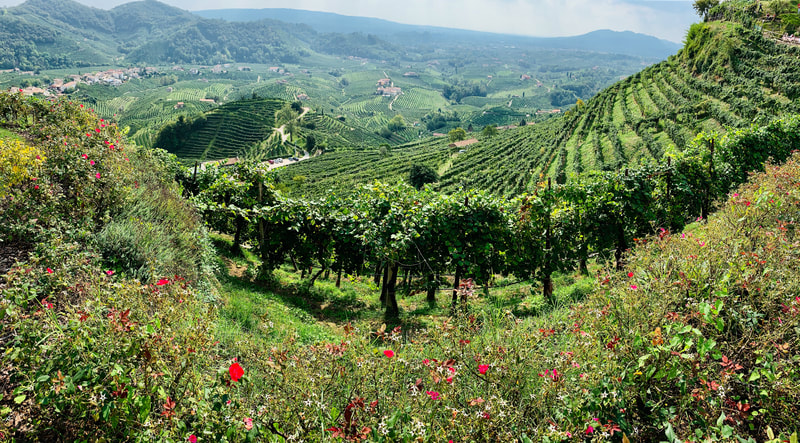 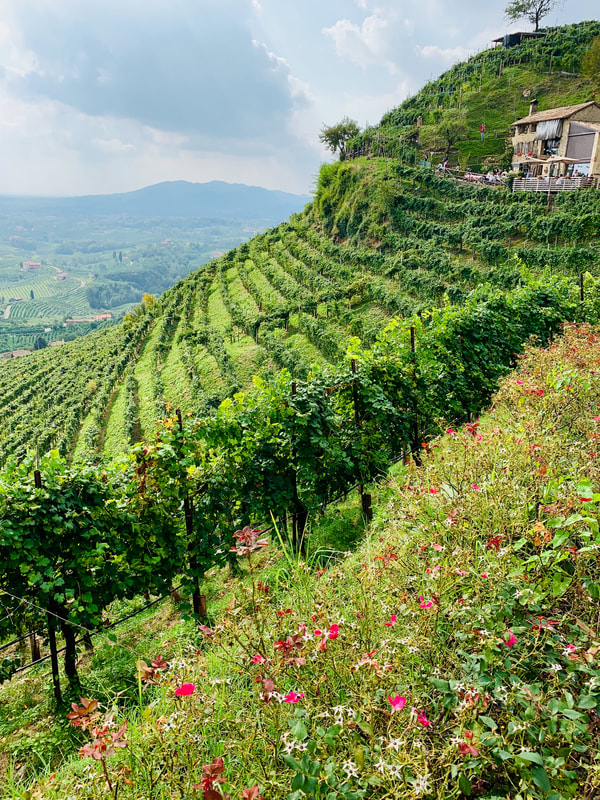