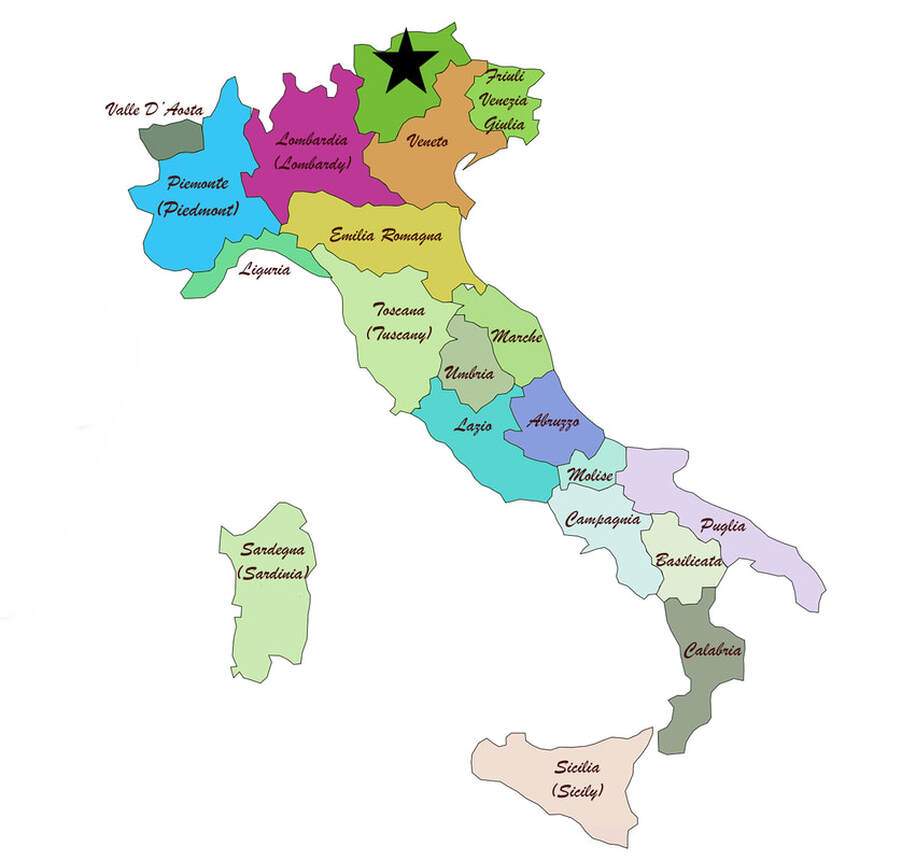 Serve: Room temperature
​
Teroldego is considered to be the most important red varietal of Trentino and has documented roots back to the 14th century.
A latin document found in the archives of Trento refer to a sales contract for these wines.  DNA research shows the grape to be related to Dureza, which is a parent to Syrah.  Teroldego is native to the Valdadige region and became very popular in the 18the century.  It is not widely distributed beyond Italy but is growing in popularity and with interested winemakers in New Zealand, Brazil and California.

The DOC covers the land of the Rotaliano Plain, which is a large area of gravel and sand.  The plain is protected from severe weather and storms from nearby mountain ranges and it is found just north of the town of Trento.  Teroldego calls this region its home and this is where the varietal truly shines.

The wines are very deep in color and express refreshing acidity and intense fruit flavors.  The vines can be vigorous and careful cultivation is required to coax the most out of this grape.  The wine, at lower yields, have great potential for age worthiness and are very distinctive, characterful with dense texture, resolved tannins and ripe fruit, tar and herbal aromas and flavors.  Teroldego can easily stand up to oak.  The combined focus of yield control and oak usage add significant complexity and depth to the better expressions while also retaining the typically high Italian acidity and bitter cherry flavors.

In the past, Teroldego wines were easy-drinking and lighter versions, intended for early consumption.  Elisabetta Foradori is a pioneer with this grape and used mass selection in the vineyard to propagate the best performing vines.  She employed Guyot training and reduced yields until her practices became the norm for the region.  The varietal is mid-to-late ripening and can also be trained in the pergola style. It is only slightly susceptible to Oidium and Peronospora but can suffer from desiccation of the stems.
The region is now dedicated to the grape and 100% varietal wines.

The Rosato wines are fruity and lighter and often referred to as Kretzer.  These are seldom found outside the region.
​
Producer/Theme websites:
Proudly powered by Weebly