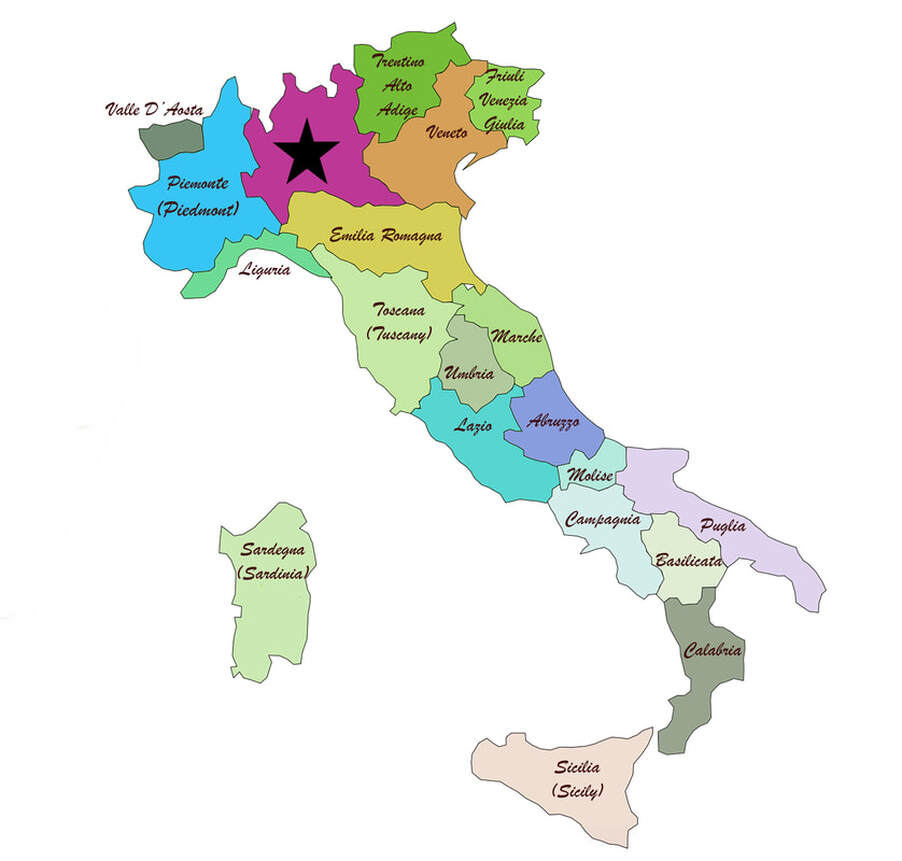 ​Pairs with:   Lugana is typically served as an aperitif in the bars and restaurants of Verona and it pairs Weill with local meats, salumi and fresh cheeses.  The wine also does well with local trout dishes.
​
Characteristics: The wines have elevated and crisp acidity with distinctive flinty stone minerality.  Apple and stone fruit dominate with blossom, nuts and sweet spices.
​
Serve: Slightly Chilled
​
​The region is defined by its proximity to Lake Garda, near the town of Brescia.  The wines are often consumed by locals with the Lugana DOC primarily located on the southern side of the lake.  The DOC region stretches from the lake to surrounding hills that have clay soils over glacial deposits.  The soils become higher in sand and gravel content as one moves further south.

The DOC region covers land on both sides of the regional boundary and is listed under both the Veneto and Lombardia even though the majority lies in Lombardia near the cities of Lugana and Rovizza.  There is a historic center in the middle of the region between the cities.

The Lugana wines grew in quality and popularity during the 1990s (a common theme among Italian wines) and is considered to be very prestigious among Italian white wine regions.  The Trebbiano retains its acidity well and the wines express this characteristic along with a medium to full body, mineral tones and age worthy complexity.  Aromas are typically tree or stone fruit, flinty stone, nuts and sweet spices.

Being in the same region as Soave, the Lugana wines have seriously more weight and character as compared to Garganega based wines.
Producer/Theme websites:
Proudly powered by Weebly