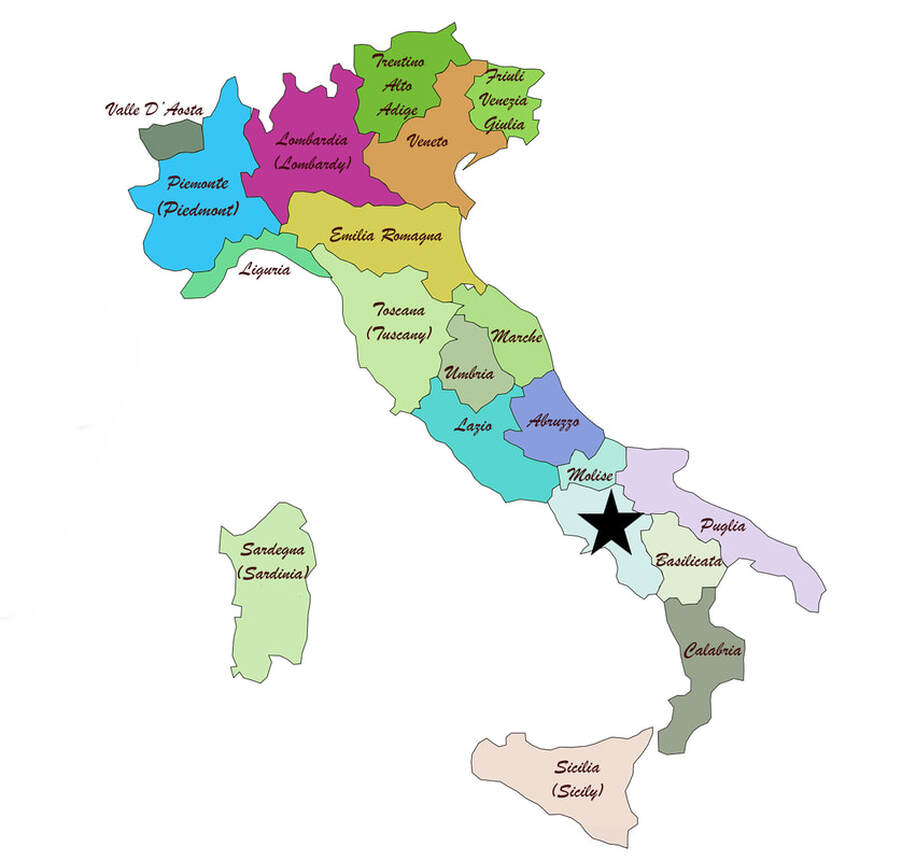 Pairs with:  Pizza or simple red sauce pasta dishes.  This is a perfect pizza wine.

Wine Styles: The DOC covers many varieties and wine styles.  This reference focuses on Piedirosso only.
Piedirosso is the second most planted variety in the entire Campania region with the majority of land under vine surrounding the city of Naples.  The name signifies “red feet” as the vine has unique red coloring on the stalks. Piedirosso is known under other names in Campania, including Streppa Rosso, Piedirosso Benventano and Piedirosso Napoletano. This variety is very old and well established in the region. It likely originated here on the slopes of Vesuvio where it is grown today on slopes of deep volcanic ash and lava rock.  There are significant altitude differences between the many vineyards as Piedirosso is planted at both low and high levels of the Volcano.

Piedirosso is a vigorous variety in the vineyard, mid ripening and well suited to the volcanic soils. It is susceptible to peronospora but resistant to Oidium fungal disease.

Many confuse Lacryma Christi as being its own DOC but it is included under the Vesuvio DOC production regulations and control.  It is a subdivision with slightly more constraining production rules with respect to lower yields and higher potential alcohol at harvest. While blending is optional, many producers release 100% Piedirosso versions by preference but the Lacryma is mostly blended for style consistency from year to year.

The resulting wines are typically light and easy to drink and express red fruit and herbal notes with hints of tar.  Poor anthocyanin content in the grapes result in the lighter color and lower tannins. In Lacryma, Aglianico adds the tannin structure that Piedirosso often lacks while also softening the high acidity of the edgy Piedirosso variety.  Plums and cherry notes dominate Lacryma wines.

The name, “Lacryma Christi”, translates to the “tears of Christ” and the origin of the name remains a mystery with many legends.  Locals say that parts of heaven crashed into the Port of Naples when Lucifer was cast into hell and Jesus was so sad to lose an angel that he wept and his tears landed on Vesuvio where this wines is grown.  A more likely story includes medieval monks that implemented an ancient drip system of wine making and derived the wine’s name from their unique production technique. 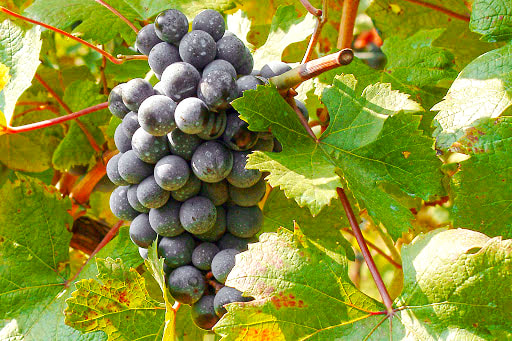