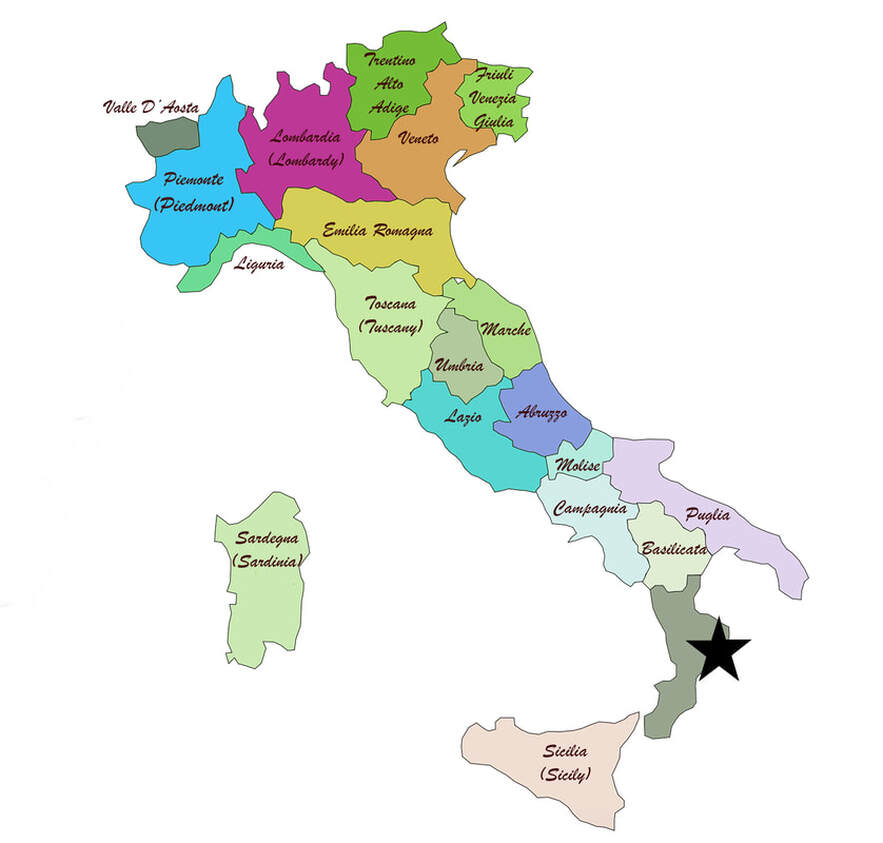 ​Pairs with:  As one might expect, Gaglioppo wines pair well with the spicy Calabrian cuisine but they are also quite versatile.  Pork sausage, seafood, vegetable dishes or pasta are all options for pairing with Cirò wines.  They are rarely consumed without food.

Characteristics:  The red Cirò wines can expect to have a light, ruby color.  They express red fruit flavors with red cherry (tart in nature)  and rhubarb being typical.  They are drunk within 3-5 years of the vintage and are not expected to age.  Even the Riserva wines are drunk within 5 years.

The regionAt the bottom of the boot, Calabria has a long history with wine but today produces only small volumes with approximately five times more red wine production compared to white.  The Calabrian climate is generally very hot and dry, especially in the summer months.  White grapes cannot maintain the high acid levels that most Italians and most white wine drinkers prefer, therefore little white wine is produced.  In fact, the combined regions of Calabria, Molise and Basilicata produce only miniscule amounts of white wine for this clear reason.

Cirò is the oldest DOC in Calabria as it was established in 1969.  It is located on the central coast of the Ionion sea and encompasses a winegrowing area that extends from the Sila Range foothills to the coastal city of Cirò Marina and the surrounding hills.  The Classico region of Cirò is assigned to wines produced in the city areas of Cirò and Cirò Marina.  Gaglioppo is considered the most important grape variety and is the backbone of Cirò wine production.

Krimisa, a word believed to have derived from the Greek word for the ancient Cremissa colony that is today Cirò Marina, is a very famous wine produced in Calabria during the Greek period.  Krimisa was given to winners of the ancient Olympic Games and this tradition was carried forward in the 2004 Athens Olympic games where Cirò Krimisa wines were again offered to the gold medal champions.  Many believe that Cirò wines may be the oldest wines every produced that remain in production today.

Viticulture and VinificationLand under vine covers approximately 1200 acres (460 hectares) and was, until recently, more focused on producing grapes for other regions.  A renewed focus on tradition and quality has resulted in more careful canopy management and informed decision making in harvest dates.  Maximum phenolic ripeness (tannin and color) of the Gaglioppo is key as these wines may undergo extended maceration and aging to achieve their potential.  A focus on softening tannins is a major consideration in the the vineyard and the winery.  Many of the local boutique producers are known to wait 3-4 years before releasing their top reds.
Librandi is the most well-known producer in the area.  They are a fourth generaion family-run operation, located in Cirò Marina.  They produce wines across the spectrum at a price point of $10-15.  None of the wines see oak.

Production specificationsMinimum alcohol levels are 11% for white wines, 12.5% for Rosato and base red wines, and 13.5% for Superiore.  The wines are typically dry and are regulated to assure residual sugar falls below 4 g/l in the Gaglioppo-based wines.  Aging of 7 months and 2 years are required for base reds and Riserva, respectively.

Gaglioppo
Gaglioppo is an ancient, indigenous variety grown in Calabria, Umbria, Marche and Abruzzo.  The most well-recognized wines of Gaglioppo are made in Calabria and namely in the Cirò DOC.

Gaglioppo is believed to be the source for the Krimisa wines, those given to the winners of the Ancient Greek Olympics.  The name is derived from the Greek for “Beautiful Feet” and has been cultivated in Calabria for millennia.  Research shows that Gaglioppo is the natural crossing of Sangiovese and Montonico.  Gaglioppo is deeply colored on the vine with high potential alcohol at full ripeness.

It struggles with drought conditions and fungal vine diseases (e.g., Peronospora and Oidium) but is highly resistant to frost. Gaglioppo is a difficult variety to manage in the vineyard and those difficulties transfer to the winery as the grape is susceptible to oxidation and expresses high tannin levels.  The variety has tremendous potential and is receiving increased attention by a new class of winemakers.  There is a significant and recent focus on quality production, especially in Calabria and the Cirò DOC.  Where it was once cultivated primarily for transportation to other regions for blending, Gaglioppo is being pursued as a high quality but early drinking wines (within 3-5 years).

​Gaglioppo produces wines of weight and high structure.  While the grapes have intense color, the resulting wines can be pale and often have a slight orangish hue, a sign of their oxidation susceptibility. Aromas and flavors of Pomegranite and red berries dominate the wines with undertones of strong minerality and dried herbs.  As one might expect, Gaglioppo wines pair well with the spicy Calabrian cuisine but they are also quite versatile.  Pork sausage, seafood, vegetable dishes or pasta are all options for pairing with Cirò wines.  They are rarely consumed without food.
Noteworthy producers

Librandi is the most well-known producer in the area.  They are a fourth generation family-run operation, located in Cirò Marina.  They produce wines across the spectrum at a price point of $10-15.  None of their wines see oak.  Additional noteworthy producers include Statti and Oddardi. 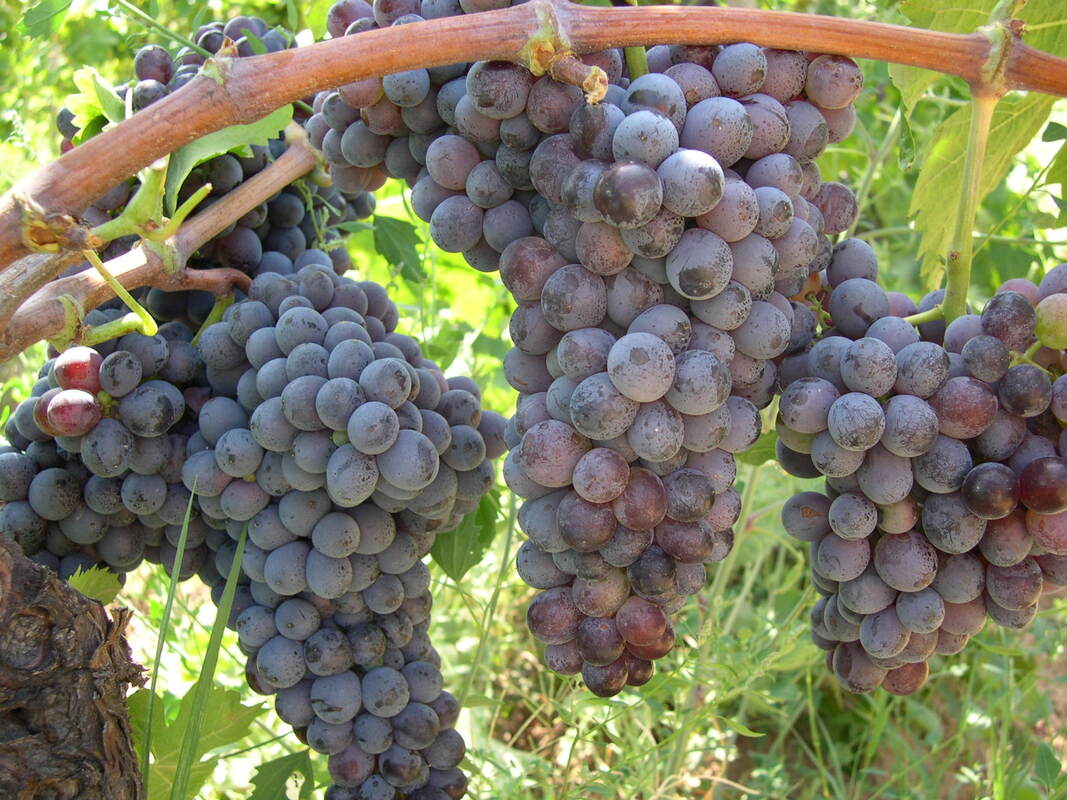