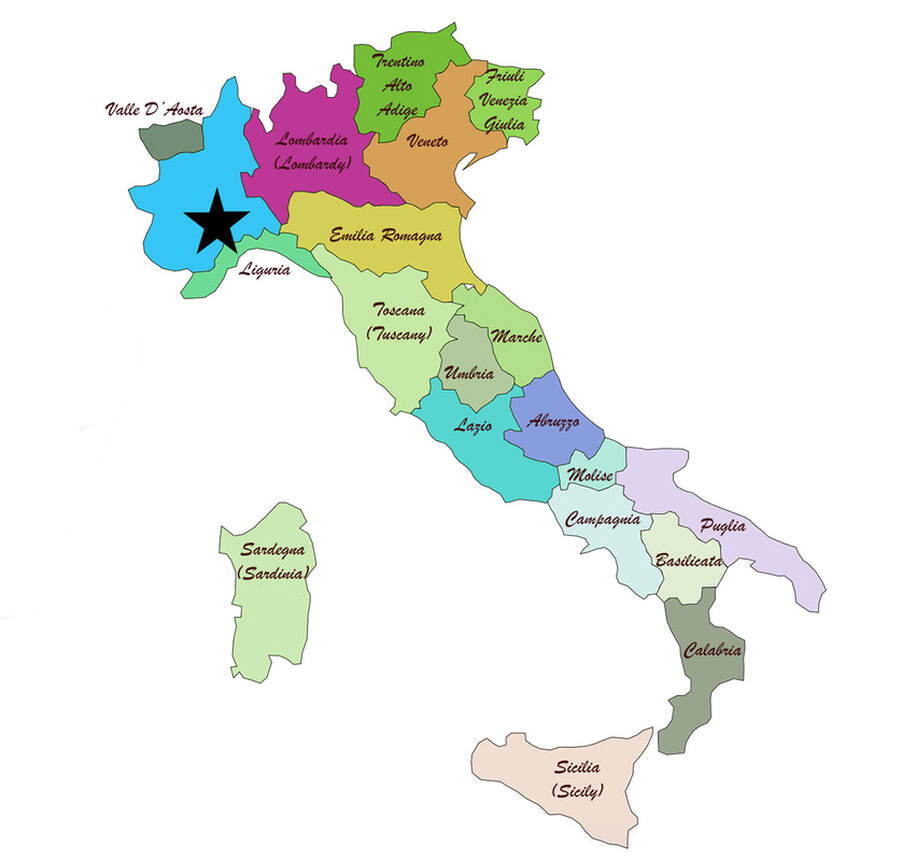 Characteristics: The wines are common in two styles: (1) young and fruity or (2)  serious, dark and oak aged.  The typical Barbera wines that are found in the United States are likely to by type one and are better consumed in the first few years.   Flavors and aromas include red Cherry, mixed red and black fruit, plum, leather, or tobacco. The heavier and more serious wines are driven by ripe plum and spice with a creamy mouth feel. Barbera can become a bit raisin-like in flavor in overripe years.

​A true example of the uniqueness and tradition of Italian wine that is grown and produced in one of the best wine regions in the world - Barbera D’Asti.  Barbera is one of the three most important red varieties in the Piemonte region and it is a very important element of the local wines and traditions.  The wines are produced in many other subregions and are typically very food friendly and approachable.  The Asti DOCG region for Barbera is the best expression due to the climate and limestone rich earth and the relatively cool temperatures that the vineyards enjoy.

Barbera started in the neighboring community of Alba, specifically in the Roero and Langhe DOC zones, starting in 1685.  Today, those wines are 100% Barbera with Rosso and Superiore versions and can be very refreshing, robust and delicious wines with flavors and mouthfeel of custard and prunes.  Barbera from the hills around Asti are considered to be slightly more sumptuous and full-bodied.  They are also known to be more receptive to aging in the bottle to bring out the full expression of the terroir.

A Barbera D’Asti is required to be at least 90% Barbera and can be found in Rosso and Superiore versions based on potential alcohol levels and aging requirements.  For Superiore, the age requirement increase from just several months to a minimum of 14 months with wood aging of 6 months.  The usual blending grapes include Freisa, Grignolino and Dolcetto, three other varieties that are exclusive or widely planted in Piemonte.  Nizza was known to be another excellent subzone for Barbera and after deciding to follow more strict regulations, they became their own DOCG in 2014.

Barbera D’Asti is typically ruby red with purple accents when it is young.  A dead giveaway on the streets of Alba when you try a tasting of the local wines.  Barbera D’Asti is fresh with flavors of ripe plum and with wood aging is a lush, creamy wine with warm spicy fruit flavors that marry so well with the local sausages, aged cheeses and pasta dishes.

Barbara itself is found across the peninsula and can be used in blending but in its true home of Piemonte. The diversity of Barbera can be tied to its flexibility with soil type and it has no issues with sandy or clay based soils. Theories about the name are not well established and many tie the name to a word that derives from "Barbaro" that implies a dark and savage character which is reflected in the grapes.  There is no DNA evidence that the grape is related to other local varieties.  There are multiple clones tied to acidity levels that are matched to the local micro-climates.

Barbera is well known for its high yield and maintaining quality at all yield levels.  However, the best expressions of Barbera arrive from areas where the winemakers carefully manage the yield and focus on quality over quantity.

A special note about the Italian language and culture – Italians refer to an “abbinamento tra il vino e il cibo”  - a blending between wine and food.  Usually, the Italians talk of wine/food pairing as a marriage.  They literally say that a wine “marries well” with certain foods.  The term is “si sposano bene”, which literally means they marry well together.